So these are really rough, but here are thumbnails of the first few pages of my afterworks story. I'm not sure how many pages it's going to end up being...hopefully less than 20. The challenge I've given myself is to not use any dialogue. Let's hope I don't fail miserably! 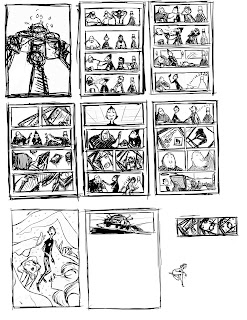 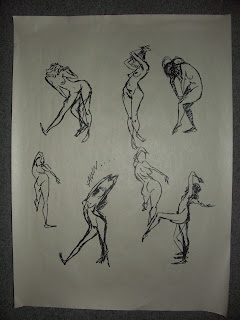 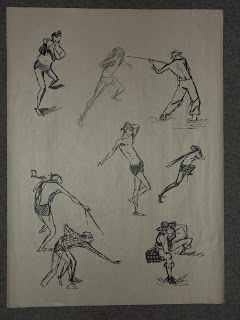 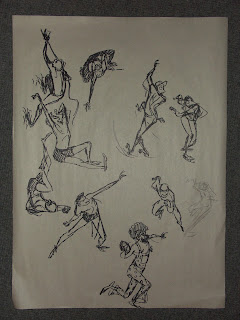 Here are some gesture drawings from Tom Gately's drawing class at pixar. He's been really pushing us to focus on the story behind the poses, as opposed to making pretty drawings. It's been difficult for me, but also a bit freeing. Here are some of the most recent ones: 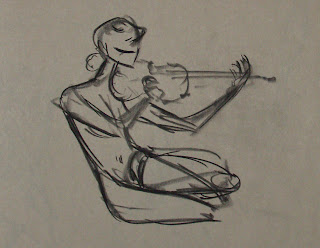 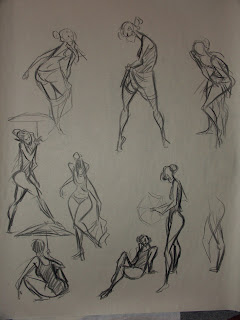 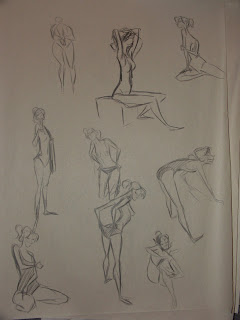 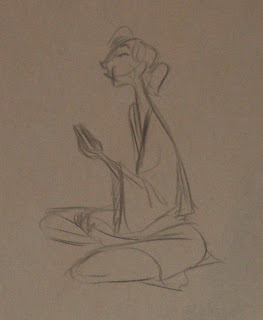 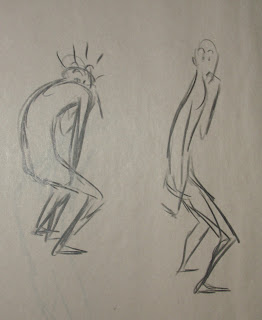 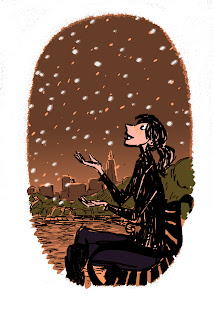 During the Holiday break I got to catch up on a few movies from 2006. There are still a lot that I have yet to see (Babel, The Queen, Letters from Iwo Jima, Flags of our Fathers, Volver, Blood Diamond, A Prarie Home Companion) so my list isn't incredibly fair, but nevertheless, here are my top five: 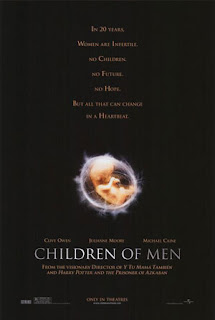 1. Children of Men
This is not only my favorite film of 2006, it is one of the best films I've seen in years. That statement might be a bit premature, as I've only seen the film once, but I plan to watch it again soon, and I am confident that it will live up to the claim. Alfonso Cuaron is one of my new favorite directors,. He's been getting better and better with each film. This film is by far his best, and the craft of his filmmaking is awe inspiring. I left the theater feeling like a kid again, blown away by the magic of this movie. I haven't felt that way in a long time. 2. Apocalypto
Not perfect, but some awe inspiring filmmaking. Mel Gibson takes you back to pre-columbian Mayan Central America, and it's as if you've stepped out of a time machine. Visually stunning. Inspired chase sequences. Probably some of the best production design you've ever seen in a film. Go see it in the theater before it ends it's theatrical run. 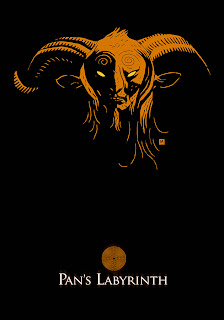 3. Pan's Labyrinth
I'm not a big fan of Guillermo Del Toro, but I was pleasantly surprised by this film. It's far from perfect (it's characters are shallow and oversimplified), but the world is fresh and imaginative, the film visually stunning, and the filmmaking top notch. It's "Spirited Away" for adults. 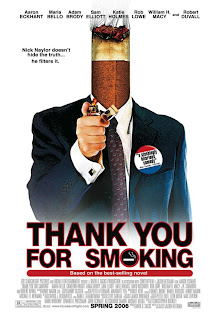 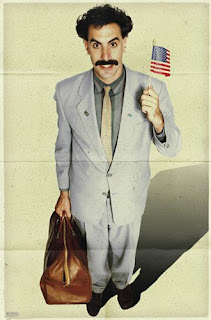 5. Borat: Cultural Learnings from America
Can't really say much for this film. It's just friggin' hilarious, and it's like nothing I've ever seen before.

If you haven't seen any of these yet, go and check them out. If you're lucky, you'll still be able to catch some of them in the theaters.
Posted by Alex Woo at 11:06 PM
Newer Posts Older Posts Home
Subscribe to: Posts (Atom)