I spent my saturday afternoon watching some trailers online, and one of the trailers that stuck out to me was the TV spot for Sam Mendes new film "Revolutionary Road". I saw the theatrical trailer for this film while watching 'Slumdog Millionaire' (which is a great film) with my Dad, and I remember finding it really intriguing. The TV spot, in my opinion, is even more successful than the theatrical trailer. There's hardly any dialogue in the TV spot and it relies almost completely on visual storytelling. I decided to break down the TV spot to exercise my analysis muscles.

The spot opens with a wide shot of a couple embracing in front of their house. Two pairs of kids legs run through the frame, while the sprinkler waters the lawn. This first shot gives us a lot of information. It tells us that this is an archetypal suburban American family : they have a house, a lawn, two kids, and are happily married - the picture perfect marriage of the 1950's.

This next shot expands on their family life. The husband (leonardo dicaprio) bringing his wife some tea, while she shows him some kind of paperwork (maybe a bill). A glimpse into a typical morning for this couple.

The wife (Kate Winslet) looks lovingly at her husband as he gets ready for work. The look on her face tells us that she is deeply in love with her husband. This really seems like the perfect couple.

The spot now enters split screen mode (perhaps signaling the beginning of their separate lives). We see Winslet seeing her husband off to work. Both images seem a little lonely.

Husband and Wife say goodbye to each other for the day. A snapshot into the ideal American family life, and yet the expressions on their faces tell us that things are not as picture perfect as they might seem.

Work Life. Both are isolated. DiCaprio in a sea of people, but completely alone (no one makes eye contact). Winslet at home carrying out her chores in an empty house.

Both look longingly out the window. We sense their loneliness. Their dissatisfaction.

Again, DiCaprio is surrounded by people, and yet the expression on his face tells us he's utterly alone. He's faceless in this crowd of conformity. Winslet is out of the house, among people, but not interacting with anyone.

This shot juxtaposes the perception of family life with the reality of it. On the left side of the screen, we see DiCaprio walking past a window ad depicting happy assiduous house wives, while the right side shows us the reality of life as a house wife.

His work. Her work.

Not exactly sure what the purpose of this shot is. Although you can't tell from the still, the shot has both characters turning toward camera, as if they were reacting to someone/something that has caught their attention.

End of the day. Husband returns home from work and is greeted by his beautiful wife. She's wearing an apron which implies that she's in the middle of making dinner, and yet it's spotless. She's wearing an evening dress and high heels. Again, everything on the surface is reinforcing the idea of a picture perfect marriage.

Back to the single image frame (the couples lives are now joined together again). Close up of Dicaprio. He has tears in his eyes. Are they tears of joy? Sorrow? Regret?

We see what he's reacting to: a perfect family - beautiful wife, two kids, celebrating his birthday.

Drinks with the neighbors.

Back to the work week. Dicaprio flicks a cigarette off the train during his commute. He's in deep thought about something.

Close up of a record player. The needle is at the edge of the disc (where record needles go when you start a new disc). A symbol, perhaps, that their relationship is now starting to play to a different tune.

Hints at infidelity. The only two people making eye contact in the entire frame are Dicaprio and the woman.

More hints. And from the other side of the relationship.

She's in deep contemplation about something, possibly over a big decision she has to make.

Winslet is at a dance club of some sort. Red lights. She's looking carelessly at someone... but who?

Love scene in the car. We can't see the man's face, but it's definitely not her husband.

The aftermath. Her husband has found out about the adultery. He's furious.

He attacks the perpetrator.

Home life is now anything but picture perfect.

Winslet is on the beach, maybe to get away from the discord at home. Her eyes are covered by big dark sunglasses, and yet the sky is gray and overcast. There isn't another person in the frame wearing shades. This tells me that she's wearing those glasses to hide something - maybe the bags from under her eyes from all the crying and fighting.

They're still in love. Their relationship is full of passion, ups and downs, togetherness...

On this shot, the music for the trailer abruptly stops, and the only sound we hear are footsteps walking. Are they his or hers?

Title Card, as if to say "To find out the answer, come see this film."

The first of only two lines of dialogue for the entire spot plays over this shot. DiCaprio: "We can be happy here."

Winslet: "I hope so Frank."

Second to last shot of the spot shows DiCaprio running down the street of his suburban neighborhood. He's chasing someone or something. His wife perhaps? Or maybe in this context it's more symbolic: A dream? An ideal? A fantasy?

The entire spot plays to Phil Phillips and George Khoury's 1959 single "Sea of Love" (the cultural significance of which I'm not entirely aware of). The lyrics go:

So what I gather from this trailer is that this is a story about love. More specifically, it seems like a story about marriage and the disillusionment a generation had with the promises of significance and fulfillment that marriage would bring.

What do you think? Was the trailer successful? I for one am sold!

You can view the actual trailer here.
Posted by Alex Woo at 4:49 PM

The Artist as Actor

One of the exercises we tried this week was to have the model strike a pose that embodied an emotion. I then asked the students to internalize and personalize that emotion (almost as if they were an actor preparing for a scene) before they started drawing. They ended up with drawings that were much more emotive and expressive than usual. The only problem was that because some of the students were so focused on the emotion, they forgot to think about the visual fundamentals of good design and staging. It's a tricky balancing act between the two states of mind, and it's something that I continue to wrestle with today. Here are some a few of the drawings I did during class: 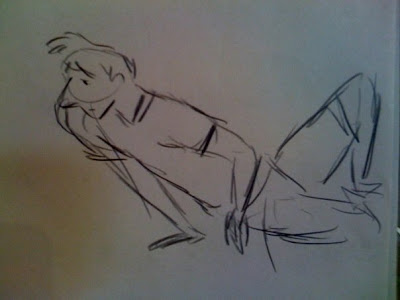 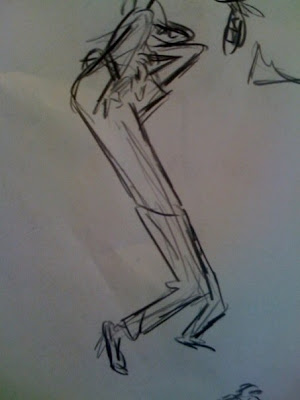 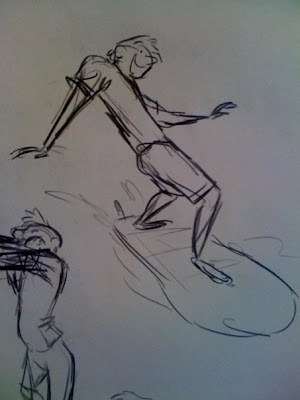 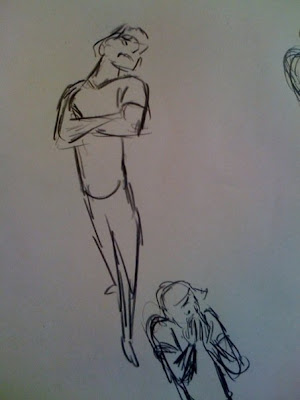 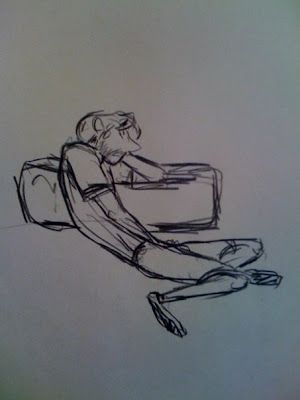 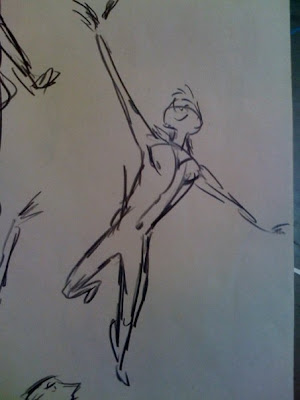 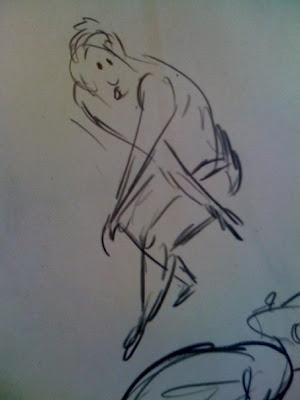 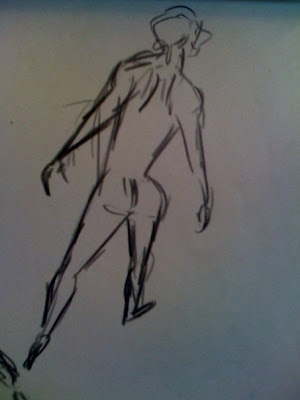 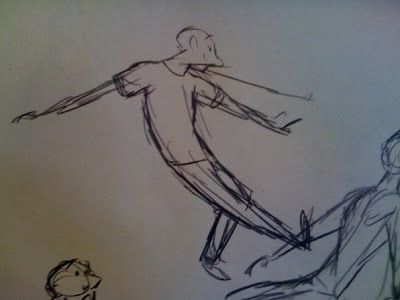 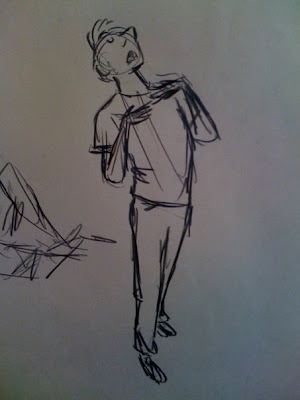