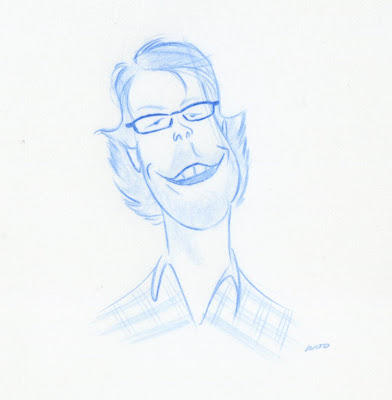 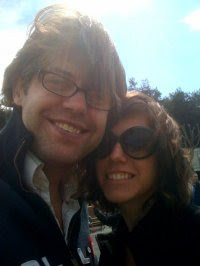 Some sad sad news. Justin Wright, a good friend and fellow story artist here at Pixar, passed away yesterday. He was only 27 years old.

Justin - Your talent and exuberance for animation and life was inspiring. You will be dearly missed. But I know I'll see you again in the future, not just as you were, but as "a dazzling, radiant, immortal creature, pulsating all through with such energy and joy and wisdom and love as we cannot now imagine, a bright stainless mirror which reflects back to God perfectly…His own boundless power and delight and goodness" (C.S. Lewis).

Until that day my friend...

- You can see some of the awesome work he did HERE
Posted by Alex Woo at 2:00 PM

Analysis of a Shot - All the President's Men

I am watching "All the President's Men" at the moment (I'm about half way through the film... I know, I know... it's an abomination to stop a film halfway through, but I've been really short on time lately), and there is one shot in particular that blew me away. It's the scene where Bob Woodward (Robert Redford) is sitting at his desk, juggling two phone calls as he tries to discover why a $25,000 check from a Republican campaign donor ended up in the bank account of one of the Watergate burglars.

The shot is unique for a number of different reasons. First, it is a single take that lasts for about 6 or 7 minutes. Second, it was shot with a dual-focus lens (a lens with two focal points) and thus has two deliberate points of focus within the frame. 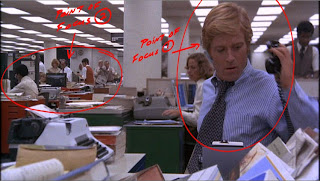 At first, when I was watching the scene unfold, I couldn't understand why the director would use such a strange lens. Dual focus lenses are hardly the norm, and audiences will undoubtedly find the image it produces strange, at best, and jarring, at worst. My first instinct was that this shot was a gimmick - that the director or cinematographer had recently discovered this new dual-focus lens, and wanted to throw it into the film to be technologically savvy. It wasn't until the shot unfolded that I realized the choice was deliberate, purposeful, and brilliant! 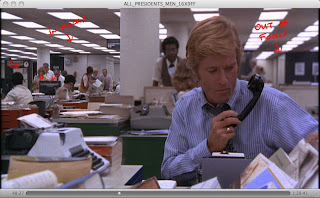 As the scene unfolds, we see all of Redford's coworkers gradually make their way over to television in the back of the room. People even enter from off screen to see what all the fuss is about. 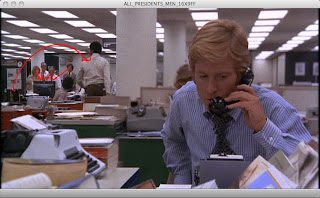 Redford is the only person in frame that is fully focused on his work. 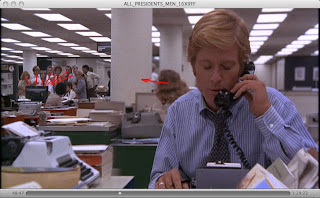 Redford's performance reinforces this separation between him and his coworkers by covering his right ear with his hand. 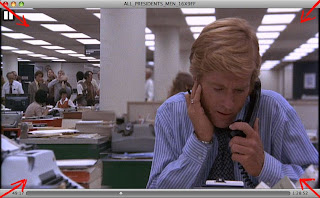 The brilliance of this shot is that it creates a stark contrast between Redford and the rest of the newsroom. Based purely on the visuals, the director is telling us that this is a man that is dedicated to his work - a man who is intensely focused and passionate about what he is doing - someone who is different from everyone else.

That wide shot alone would have been enough to impress me, but as the scene continues to unfold, we see that the camera is very, very slowly zooming in on Redford's character. The director is taking us into Redford's mindset. We're becoming just as focused as he is as we inch in towards the close up. 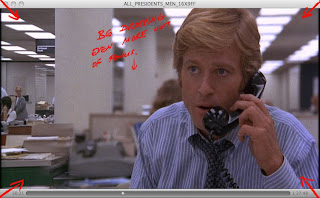 Narratively, the world is beginning to drop out of Redford's mind. The camera is reinforcing this idea by zooming in to Redford, dropping out the rest of the visual world we see - the second point of focus drops out of frame, and then the background behind Redford begins to completely blur out of focus. 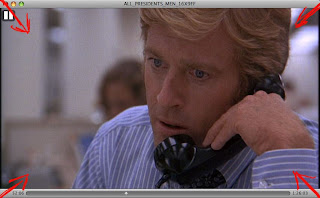 The shot climaxes on a close up of Redford's face, emphasizing the tension and intensity of the moment. 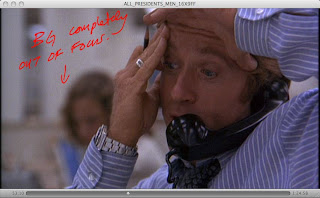 There was one other shot in the film, earlier on, that also used the dual-focus lens. It was another scene where Redford is on the phone, hunting down information on the watergate scandal. This shot is not as impressive as the one above, but it uses the dual focus lens very effectively to set up contrast. See if you can figure out what he the director was trying to do. 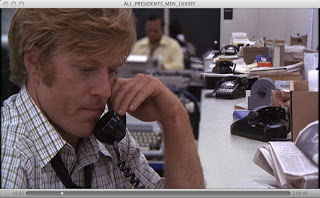 Here are some gestures from yesterdays class. I'm finding that gestures are much easier to do when the model has clothes on. The folds on the clothing really tell me where to accent the compression and extension of the model's body. It also helped that this model gave some great 'non' figure drawing poses. 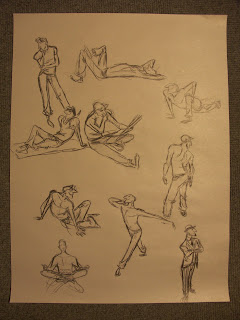 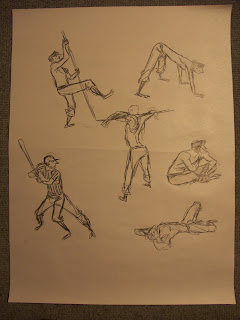 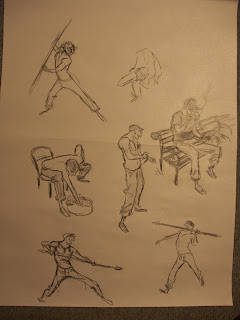 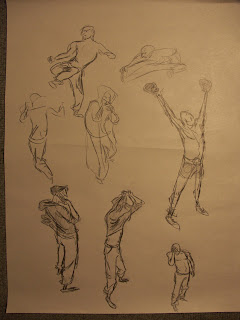 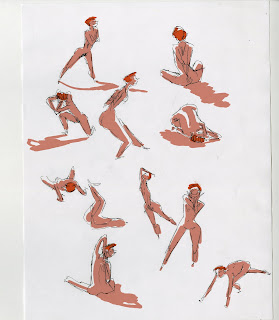 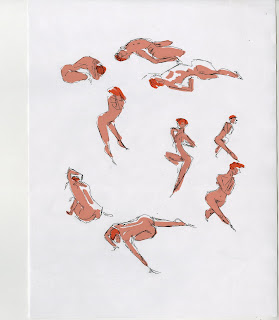 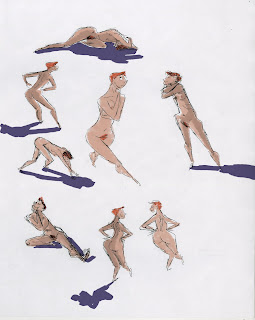 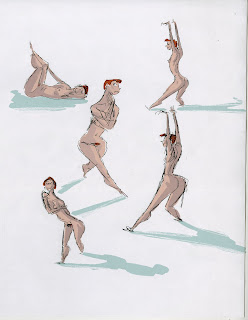 Some quick gestures... I might go back in and turn some of these in to scenes... unfortunately, my brain wasn't working fast enough to put the pose down and come up with a scenario at the same time. 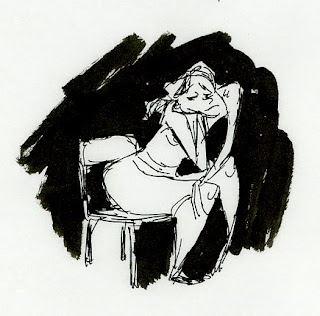 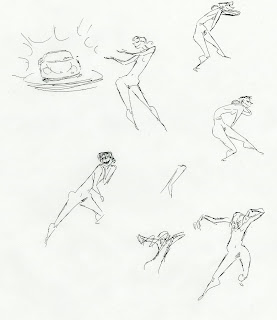 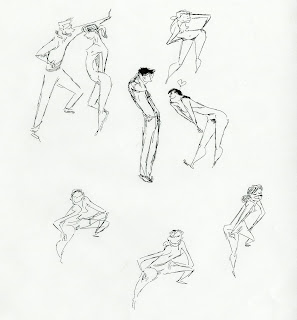 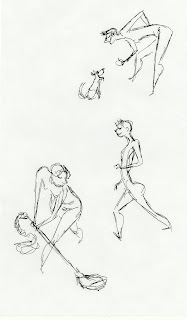